Sometimes when you are antiquing/thrifting you start to focus in one kind of item; thus, the case of this mug collection.  I've been picking up some milk glass mugs for awhile, but this day I just kept finding great ones!  Pictured here are a mix of Fire-King, Pyrex, Federal, and Glasbake mugs.  I love how they all look together.  I especially like the Federal souvenir mugs, great prints and fun!
I'm slowly getting all of these listed in my store, but they all will be for sell.  They are all clean and ready to use! Cheers! 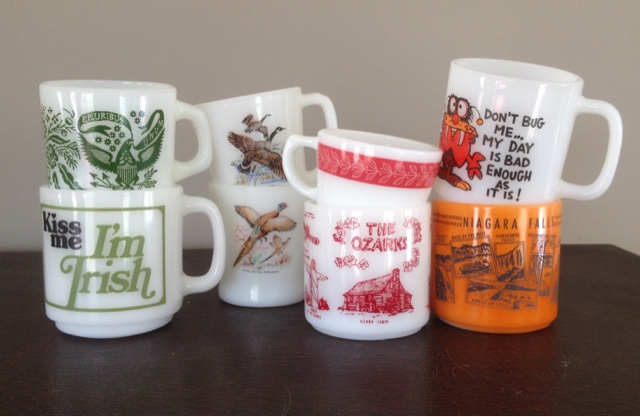 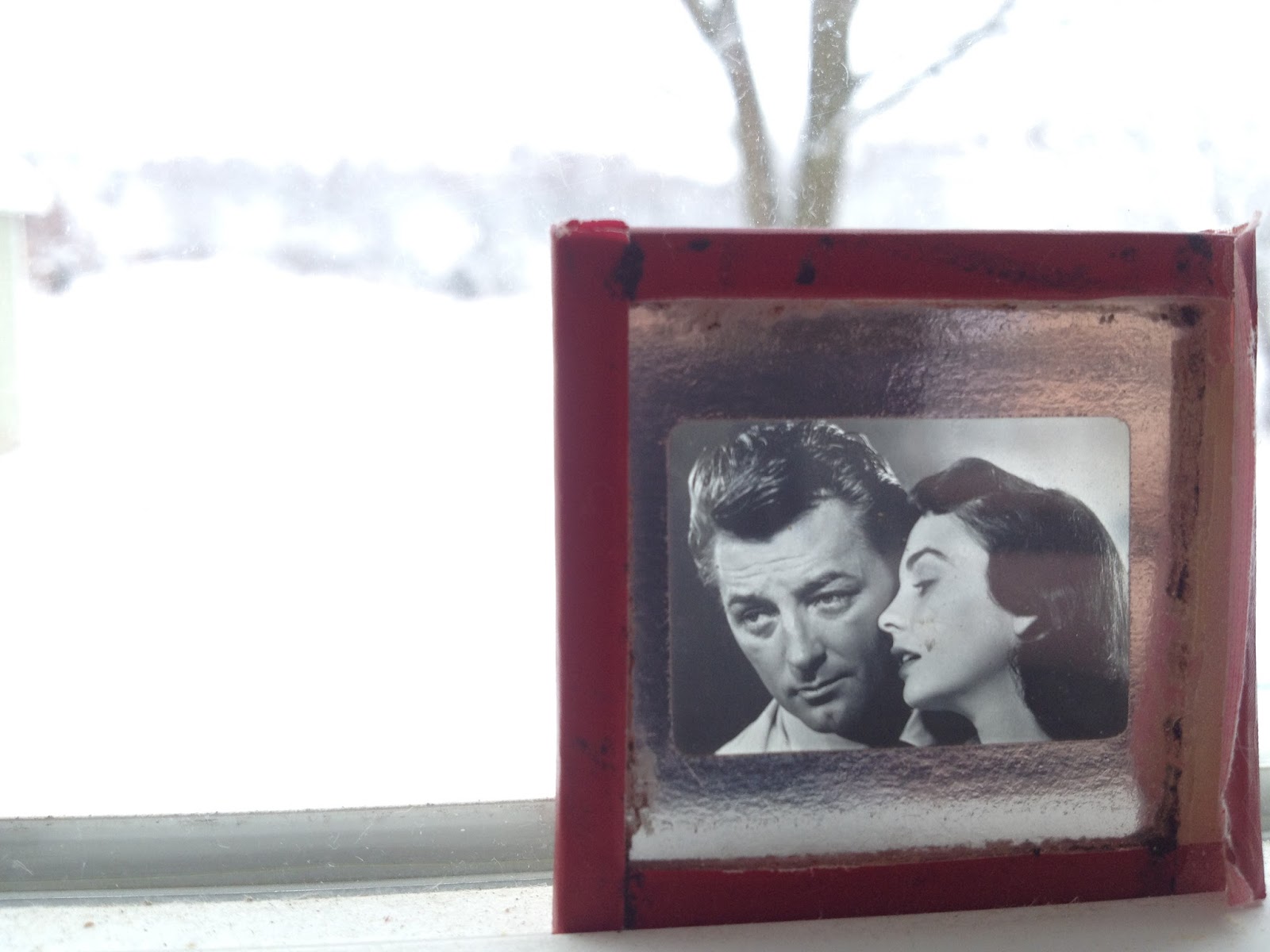 Yes, spring is near and like you I am excited.  I was outside this evening and noticed some green sprouts under last year's fallen leaves.  Soon the tulips and daffodils will be saying, "hello" and I will be planning my garden.  Until then, here is a picture I Instagramed his winter and has been in my phone's camera roll since.  I like this wintery pic because I love vintage slides and who doesn't like to get cozy with their significant other at this time?
at 9:44 AM No comments:

I love collecting antiques, but finding pop culture items from the past 50 years really makes me smile. Here are a few of my most recent treasures.  Can you list them from oldest to newest? 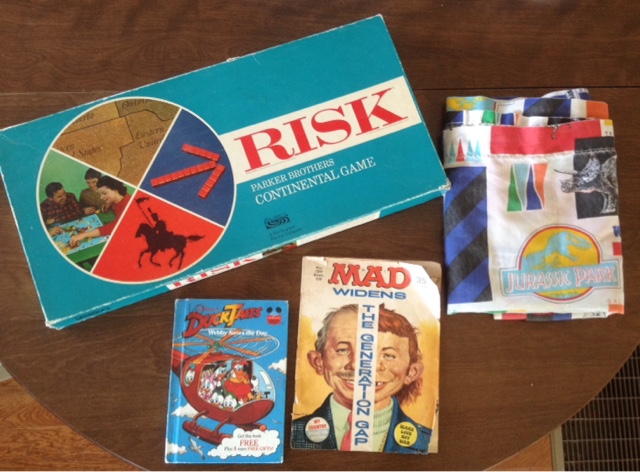 All will be for sale eventually on my Etsy Shop. Jurassic Park fabric has already sold.
at 7:24 PM No comments: 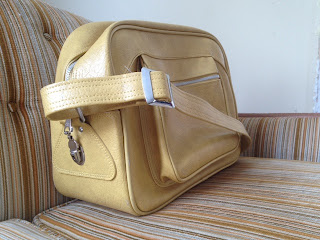 Yesterday, I picked up this beautiful mustard yellow carry-on.  Just look at it! I love this bag!  I did list it in my Etsy shop, but I've already decided if no one buys this before my summer vacation, it's coming with me.  I rarely see luggage this nice and clean.  The inside is like brand new! I love the color and the durability is next to none.  Part of me hopes it doesn't sell.  This is one "difficult" aspect about being a vintage re-sell shop.  Will I regret not keeping this? 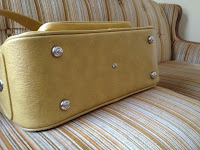 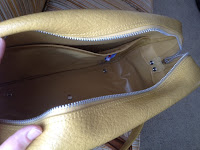 I made it out to a couple more stores the other day!  The only items I found worth picking up were... yep, you guessed it: more Pyrex.  Trust me, I looked for other things!  Oh well. 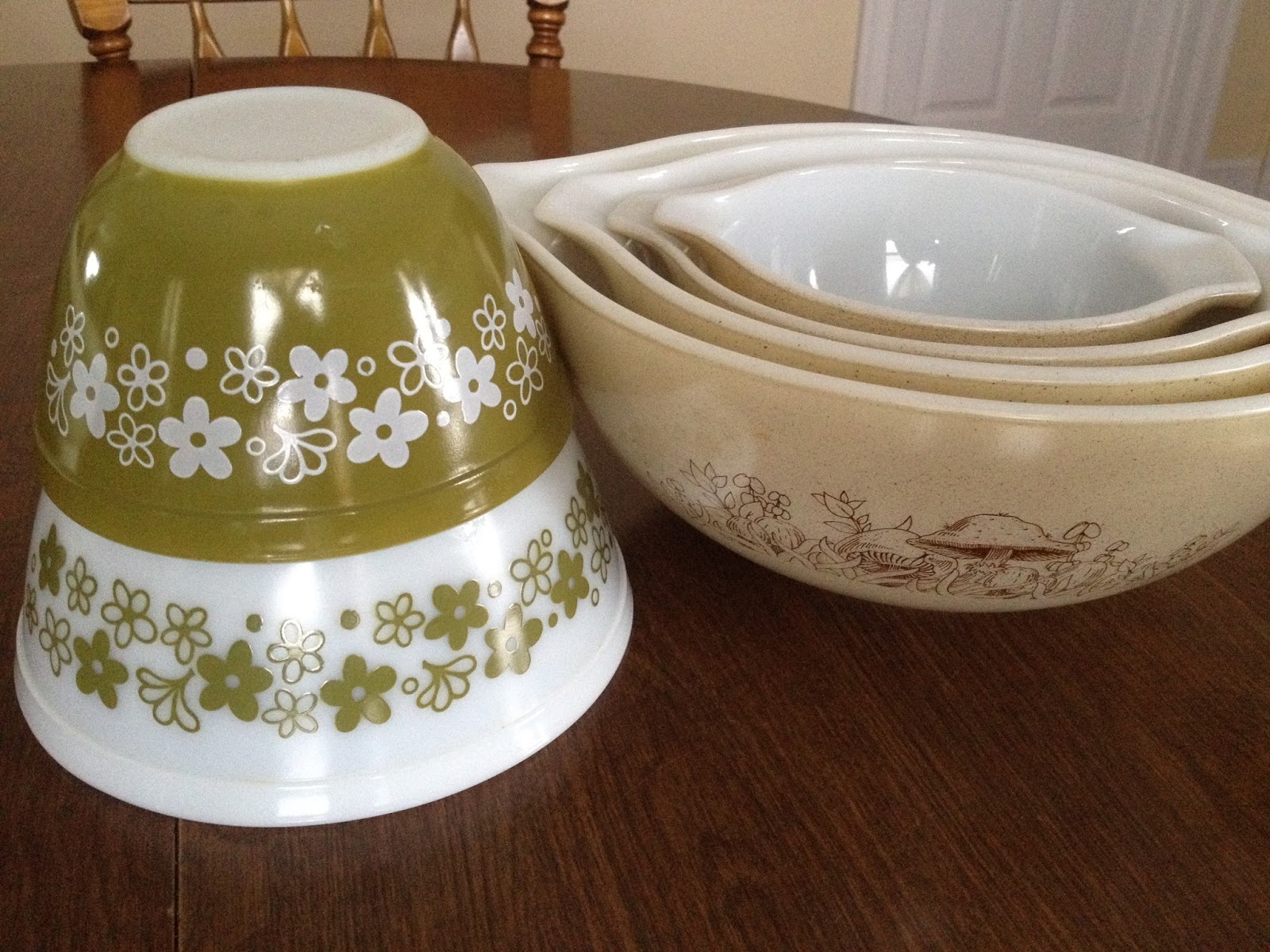 The "forest fancies" mixing bowl set was the first thing I saw going into a store.  I looked the set over and brought it up to counter before looking around more.  It always excites to me find something immediately!  I've always thought the "forest fancies" set was cute in a very kitsch way and I know it would be perfect for someone out there!  They also look cute mixed in with other Pyrex patterns.  In the same store, I found more "spring blossom" I've never been crazy about the pattern, but I do like them as mixing bowls, these would also be cute matched with other Pyrex sets!
I currently have "forest fancies" listed on Etsy. I'm waiting to list the "spring blossoms" because I have another bowl coming. Stay tuned!
at 6:32 PM No comments:

I told you that the Pyrex addiction was real, though this really isn't bad compared to other Pyrex-ers I've seen out there on the web (Psst.. I'm jealous!)  Side note - I would really love a China cabinet now.  I should also state that some of the items pictured below are Fire-King, but yeah, obsessed with that too.

As mentioned before, I started collecting Pyrex when I got my first apartment.
Look, there I am on move-in day and there's some Pyrex in that cabinet! 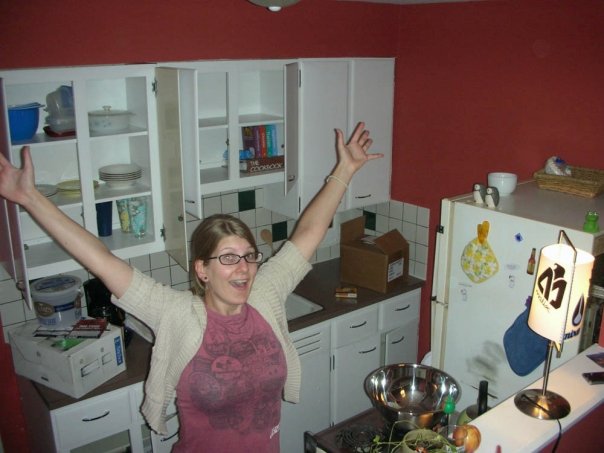 My first Pyrex piece was the smaller "balloons" pattern bowl.  I just fell in love with it. That was found probably six years ago, and today I don't ever see that pattern in antique stores, or any turquoise pieces for that matter.  At first, I thought it was a mixing bowl set after finding the larger bowl and I longed to find what I thought would be white "balloon" bowls.  Turned out to be the chip and dip set, which just made it way cooler!

I still collect turquoise, white, and a few other Pyrex favorites slipped in through-out. The first picture features my collect mixed with a major haul I had one day.  My thought was to take a picture of "the most Pyrex I've ever had" hahaha.  Again, not much compared to others.  I'm starting to think my husband is purposely stalling on getting that china cabinet I want... with reason, I guess.  Now that my collection is getting a little more personalized, I've started to let go of other pieces and condense.  My Etsy Shop is doing well.  I've sold a few things including Pyrex and Fire-King.  I was even contacted from a person in my city that stopped by to purchase my beloved "constellations" divided dish and to browse at what else I had.  My sister made fun of me because this is exactly what my parents do.  I had people "coming to the house."  Oh, bother.  It's been a ton of fun though.  My favorite thing since starting my shop (besides the "hunting") is researching what I find.  I've been wrong on some things and I've made a few mistakes, but I'm OK with it.  I really like doing this!  Like I said in my previous post, I feel like a personal shopper for you all!

Hellooo!
I'm back.  I've started antiquing again since I opened my brand new Etsy Shop. It's been fun.  I now feel like a personal shopper for all of you!  I'm going to use this blog to show you all my finds.  Most of the stuff I purchase will be going directly to Etsy, but I couldn't go antiquing without finding a few treasures of my own!

Today, I went out with a new friend that also likes to antique, but she's still a little new to the experience.  She found a few things, which made me happy.  She reminded me of myself when I first started picking up things for my first apartment.  I started by collecting things I thought were neat, and I even started forming color schemes.  Within a year I had a full-blown Pyrex addiction... she's been warned.  I'm excited to see how she incorporates her pieces though; everyone has their own style.

Anyway, my new obsession is jadeite.  I never thought I'd like it as much as I do, but seeing it paired with white dishes has totally changed my mind!  I mean look at it.  It's so pretty! These items I picked up today are for resale, but now I want to redo my entire kitchen! Eeek! Maybe another day...

All these items will be for sale in the shop:
Sleeping Chickadee 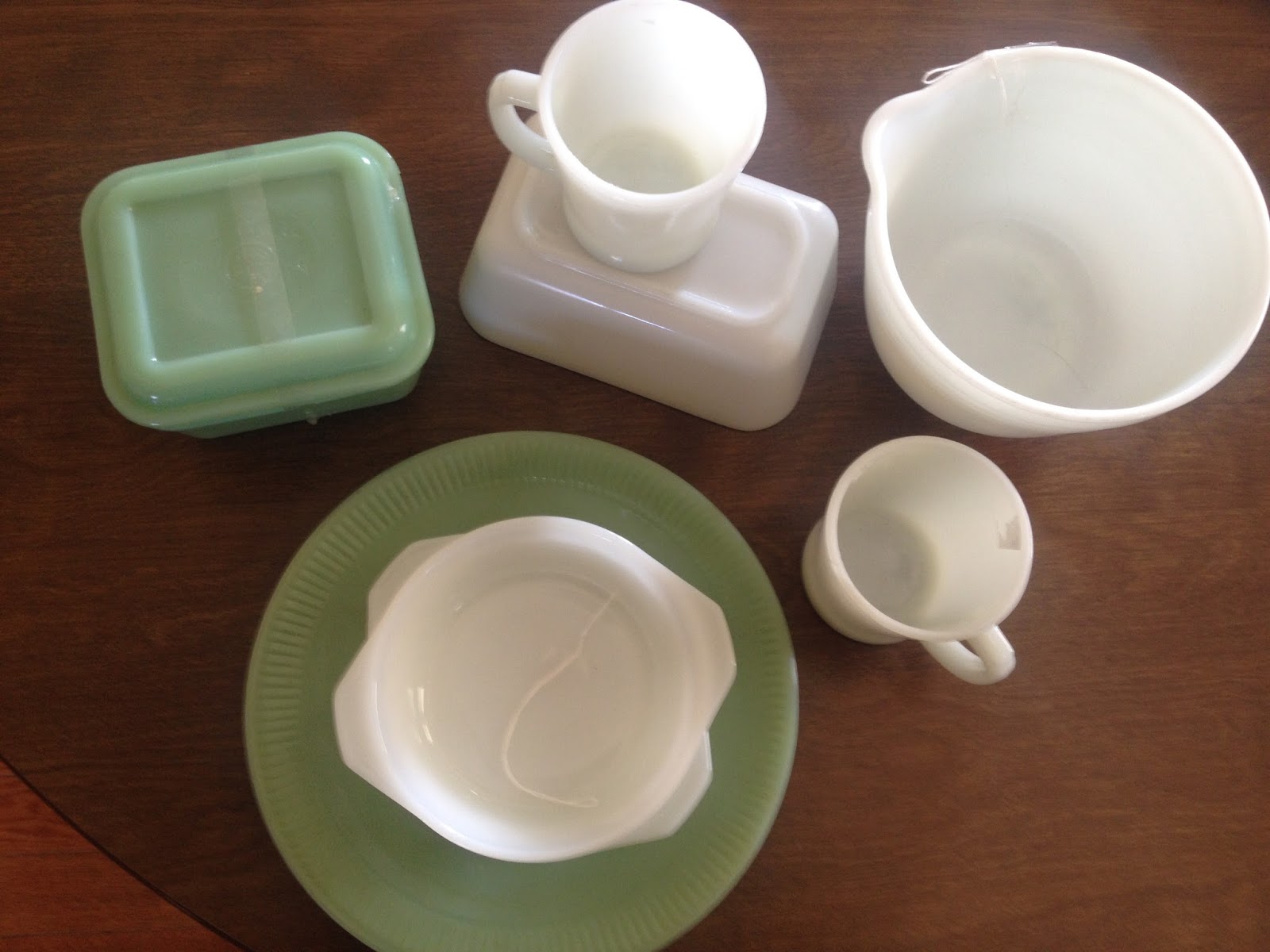